Let me start off by saying that I in general haven’t been all that interested in making everything in my house “smart”. There are several reasons for this, where the main ones boil down to reliability and that I don’t use voice commands at all. In short; the convenience has to outweigh the potential downsides

This begs the question, why did I get a “Smart” fan, and does it even make sense? Spoiler; it totally does.

The back story here is that after having gone through a few heatwaves throughout the years without having a single fan I decided to get one, preemptively. What turned me to the S2 fan: looks, noise level, battery operation and (most surprisingly) smart capabilities.

Update: if you are considering the Xiaomi SmartFan S3, it’s basically the same device with a remote, and some other minor upgrades

In terms of design there is not much to say here, this fan looks good. It was slightly smaller than I expected, but I guess that should be considered a pro as long as the performance delivers.

The unboxing experience is pretty good, and the fan is easy to put to together. All in all, the quality feels good – and fits in next to the Dyson and Apple products. Setup is easily enough as well.

The thing that really impressed me is the noise level. This fan is very quiet, when used in the living room I can easily set it up so I can’t hear it at all! In a quiet bedroom you will be able to hear a little humming even at the lowest setting – though we found it to be acceptable. Crank up the speed and you will definitely hear it, but not anymore than you would expect.

So, now comes perhaps the best feature of this fan. It has a mode that simulates wind. Cool, but what does that mean? Well, instead of a steady RPM (rotations per minute) it varies the speed to simulate a more natural flow of air.

This has two major advantages. First off, the varying speed will significantly reduce the amount of noise from the fan compared to having the fan running it at a higher speed. The second advantage is that you don’t get that classical feeling of a fan blowing at you. I like this so much, that I am struggling a bit with the fact that our soon to be installed air condition (well, heat pump actually) won’t have it.

Physical controls are sparse on this device – just as well if you are ok with controlling it via the app. You get a speed control with 4 levels, and oscillation control (on/off).

The other fan controls via the app include a speed setting you can set to anywhere between 1 and 100, or you can use quick levels (1,2,3,4 ). Oscillation settings (off, 30°, 60°, 90°, 120°) and the ability to manually turn the fan are also available. You can also turn off the sounds (beeps), led indicators and enable a child lock that disables the buttons on the device. Lastly you can set up a timer and even schedule operations.

The fact that you can disable the led indicators is the kind of feature that I expect on any modern product that potentially can be used in a bedroom. Unfortunately this is often forgotten, but the Xiaomi didn’t disappoint in the area.

This model is available with and without a battery. Should you pay the premium get it with a battery? Personally I considered it a no-brainer, at least if I only were to get one. The ability to place it at a location where there might not be a power outlet makes it worth it, though we probably will use it mostly when connected.

The device states “up to 20 hours”, a rating that obviously is based on a low speed. Using the natural mode the fan was however easily able to keep running throughout the night (8 hours). Well, I say easily, since I kept using it after, but there is no real way of knowing since you don’t get any info about the battery levels – which seems like a bit of an oversight (just like the Philips Hue Go lamp).

I wouldn’t really have cared for a smart fridge, smart coffee maker or anything like that as I don’t feel it adds any value but it does add loads of potential issues. For this fan though, it does make sense. You get way better control, don’t have to get up from the couch to adjust it, and can set timers or schedules. However, in my opinion the best value is the natural wind simulation – everything else takes a back seat to that functionality.

https://vimeo.com/52450287 Last night a friend of mine gave me the idea of creating a time-lapse video of New York using the images by the NY-Times webcam. The video shows New York between 15:30 and 08:30 (local time) last night as Sandy hit. I used a simple script to download one… 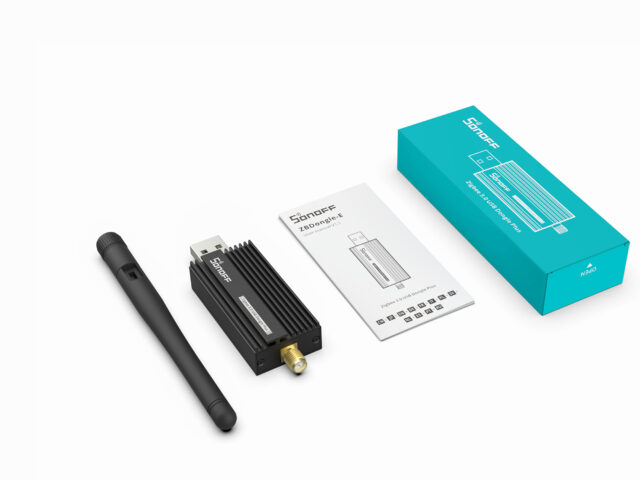 I use, and can highly recommend, the Sonoff Zigbee 3.0 USB Dongle Plus with my Home Assistant server (running ZHA). However, recently I had an issue where I added a new Aqara Smart Plug to my setup, and while adding it went just fine, it didn't reflect the power measurements in…